Far from SMEs, close to entrepreneurs…

The results of “The Effect of Remote Working in Pandemic on SMEs/Startups” researches carried out in collaboration with BTM and Big Cat Research which were established by the İstanbul Chamber of Commerce, were announced. According to the research, while entrepreneurs adapted to working from home very quickly, SMEs had difficulties. due to the Covid-19, Turkey, just like the whole world, had to work entirely from home from the second half of March until the beginning of June, except the mandatory sectors. The Information Commercialization Center (BTM), established by the İstanbul Chamber of Commerce in order to support entrepreneurship and prepare research reports on general behavior in society, discussed business life during the pandemic.

The research was conducted by remote access method with 69 SMEs operating in İstanbul and 90 entrepreneurs within BTM. The research showed that SMEs have difficulty with working from home. 47% of the SMEs participating in the survey stated that they could not adapt to the new order and the rate of those who adapted was 36%. 41% of the entrepreneurs stated that they felt more productive in the new order. The rate of those who did not feel productive was only 12%.

78% of SMEs worked more than 5 hours every day

Among the participants of the research, conducted with the aim of understanding the new order and providing added value to companies, 45% of SME’s managers stated that they were women, 62% were married, 42% were between the ages of 30-40 and 61% were university graduates. It was observed that employees working in the banking and finance sector showed more interest in the research. 69% of the participants stated that they have worked in their sector for more than 10 years.

Meetings ended in an hour

76% of the meetings held during this period were completed in one hour or less. SME employees mostly preferred Zoom and WhatsApp applications for the meetings.

While 32% of the employees said they felt more productive with working from home, 32% said they were not sure. The rate of those who did not feel productive was 22% and the rate of those who could not concentrate on work was 14%. Disregarding those who abstained, the method of working from home was not very convenient for SME employees. 32% of the employees said that the meetings were efficient and result-oriented.

SME employees stated that they had a healthy diet during this period. Stating that not commuting to work is the second most important positive change in their lives, SMEs showed that the most negative effect of working from home was their inability to focus on work due to distraction. The second biggest drawback was that the same job taking more time than usual.

Entrepreneurs’ adaptation has been smooth

Different results came from the research conducted with the “Camp, Pre-Incubation, Incubation and Post Incubation” entrepreneurs within BTM. 24% of the participants stated that they were women, 41% between 18-25, 76% single and 73% were university graduates. The fact that 41% of the fields of activity of entrepreneurs are internet and technology, 39% is online market place and platform is the most important indicator that there is no problem in working remotely. Most of the entrepreneurs reported that they started working remotely from mid-February, unlike SME employees.

40% of the entrepreneurs stated that they work for 5 hours or more every day. Entrepreneurs mostly preferred video conferencing for communication in this process. The rate of meetings taking less than an hour was 78%. While the rate of those who felt productive during this period was 41%, the total rate of those who did not feel productive and were unable to concentrate was 26%. Zoom and WhatsApp were the most used communication tools in this process.

During this period, 28% of entrepreneurs signed a new business agreement and 42% had more opportunities to work on their projects. 38% of the entrepreneurs stated that their work efficiency increased during the pandemic process. There was also an increase in communication within the team.

Entrepreneurs are satisfied with BTM

84% of the entrepreneurs who stated that the hygiene and cleanliness standards in BTM increased in this process and that measures to prevent the spread of the epidemic were sufficient, also said that they would continue to use BTM despite the pandemic.

Evaluating the research, BTM Director İbrahim Elbaşı stated that the research shows that businesses are determined to continue working remotely until the impact of Covid-19 is completely reduced. Elbaşı expressed that: “Even though Covid-19 imposed working from home, our entrepreneurs adapted very quickly to the new order. A second wave of Covid-19 is mentioned in the world, working from home can come to the agenda again in Turkey. BTM, which has already passing test in the face of pandemic and similar environmental uncertainties, is ready and stronger than ever. We continue to support our entrepreneurs, ready for all possible situations.” 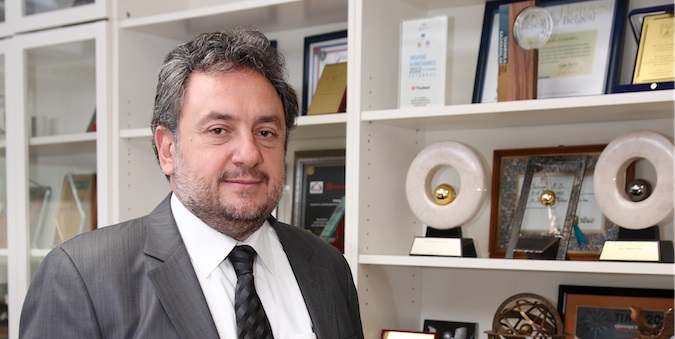 Far from SMEs, close to entrepreneurs…